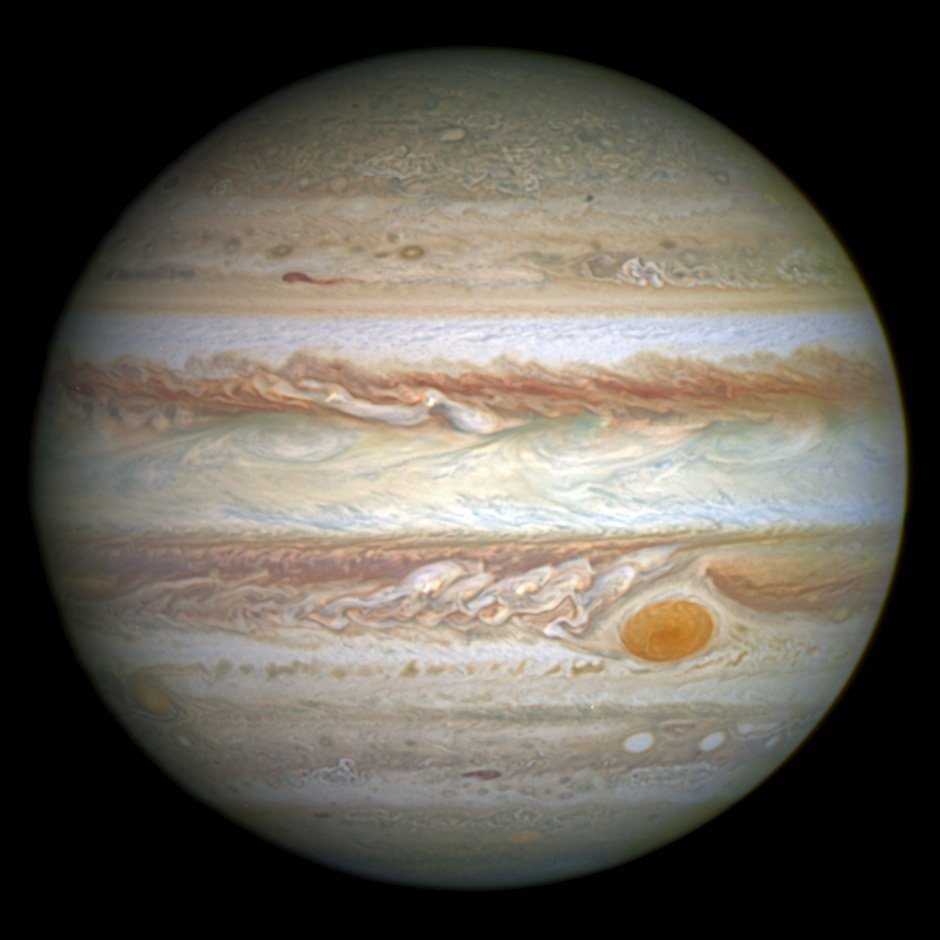 The monthly gathering of the Winnipeg RASC. Due to COVID-19 the meeting will be held via Zoom – Meeting link TBD

Richard Schmude, Jr. first became interested in astronomy in 1964 or earlier (age 6 or younger).  He remembers seeing a large number of stars from suburban Washington DC when he was a small boy.  He attended public schools near Wahsington DC, Los Angeles, CA and Houston TX.   He attended North Harris County College and Texas A&M Univeristy.  He received his Ph D in Physical Chemistry in 1994.    He started teaching at Gordon College in 1994 and has been there since.  He is currently the Jupiter and Remote Planets Coordinator for the Association of Lunar and Planetary Observers.   He is a member of several astronomy organizations including the Flint River Astronomy Club.

This full-disc image of Jupiter was taken on 21 April 2014 with Hubble’s Wide Field Camera 3 (WFC3).